I know that Bobo played this. I want to know the tuba he used. I think it is called Hammer, but he sounds sort of like a bass trombone on the low notes.
Top

At the time, Roger was playing a 184 ALMOST exclusively (I COULD be wrong on this), but he also used a 186.
Tony Clements
http://www.symphonysiliconvalley.org/mu ... 6&MusID=70" target="_blank
Top

AFAIK Tommy Johnson was also playing the bass tuba part with Roger hence the extraordinary volume on those low notes. As to what tubas they are playing I am clueless.
Top

Two tubas on this recording.

Reminds me kind of the Mnozil guys... Super loud, in your face, and a wall of sound. Very bright.

Makes a lot more sense to hear it from a small tuba than to try to overblow hard a 6/4 tuba. That's hard to do, and a fast track to...
Alexander 163 CC
Top

Yeah, that 10 pounds of sh#t in a five pound sack sound is a real classic. It certainly caught on in the big American orchestras. So why do the unwashed masses seem to mostly play instruments that sound like tubas now? Mabye they didn't get the memo or they and their associates in the orchestra like a big, rich, deep tuba sound.
The Singing Whale
Top

bloke wrote:Most everyone's sonority in this performance - as well as the way this recording was engineered - is very much on the "bright" side.

The tuba sound is a perfect match, and - without the clarity - the tuba would have been lost in the midst of all of the "white noise" generated by everyone else. This much clarity (with the tuba's overtones not muted via a sousaphone-size instrument - as overtones are the context clues people generally use to interpret low frequencies), though, requires spot-on intonation (as was achieved, here).

I keep debating whether to post this because it could easily turn into an off-topic debate. But here goes.

I had the opportunity for several months to play an old 184CC with a 2-3 fifth valve in left hand years ago. As I've said before, it was a blast, and probably the most fun I've had playing the tuba. I also very quickly realized that it was an entirely different instrument than the Rudy 5/4 I also played at the time. I know. Again. The controversy. I had to think about parts differently and play them with a different function in mind, but it worked for what it was. There are some pieces where a 184 wouldn't be the right instrument at all (ex: A performance of the Ring Cycle, Prok 5, Ilya Murometz). But there are pieces where I think it would be the more appropriate instrument (The Planets, Brahms 2, Bruckner 7, Short Ride). I short, I think having a 184 along with the standard F and large CC tubas would not feel like "too many" tubas, and they would all have a distinct function.

All that to say. I love this recording. I think it is simply great tuba playing. It provides a very good argument for a different style of playing. And it's a nice respite from the all-encompassing sound that seems so universally desired these days.
Top

Also worth remembering that Holst was a trombone player and would have almost certainly had a smallish British style F Tuba in mind when he wrote this.
Top

Do remember Holst ‘Planets’ was written to be played on a British F tuba (that is what was used in UK orchestras at the time of composition) - it is a bass tuba, rather than contrabass tuba part. Therefore a smaller tuba will provide the most appropriate tone for the music
http://www.wessex-tubas.com/
Top 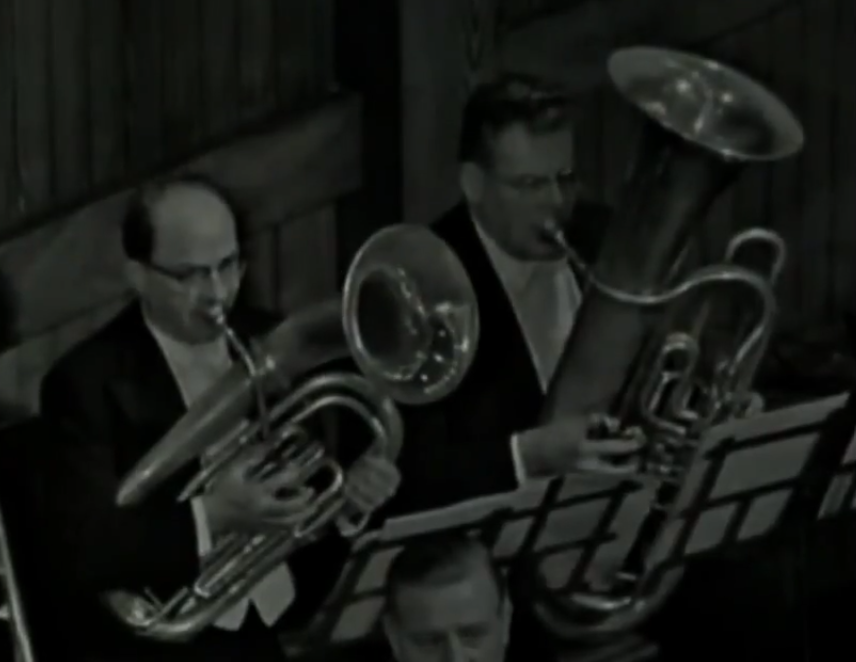